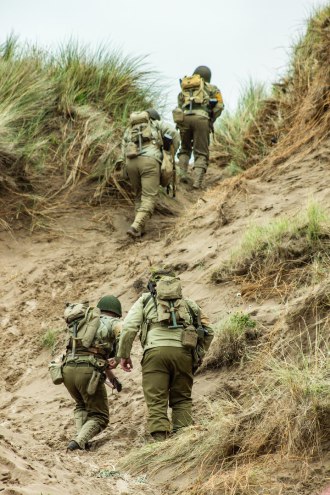 The squad leader is responsible for the discipline, appearance, training, control, and conduct of his squad. He leads it in combat. Under the platoon leader's direction, the squad leader arranges for feeding his men, enforces proper observance of rules of personal hygiene and sanitation, requires that weapons and equipment be kept clean and in serviceable condition, and checks and reports on the ammunition supply within the squad. His squad must be trained to use and care for its weapons, to move and fight efficiently as individuals, and function effectively as a part of the military team. 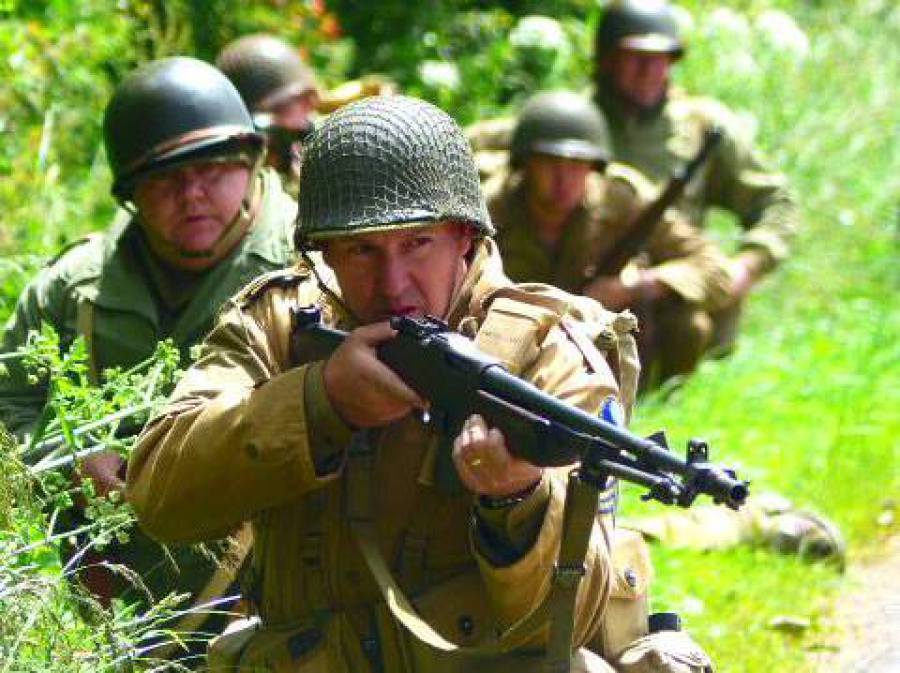 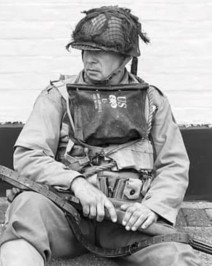 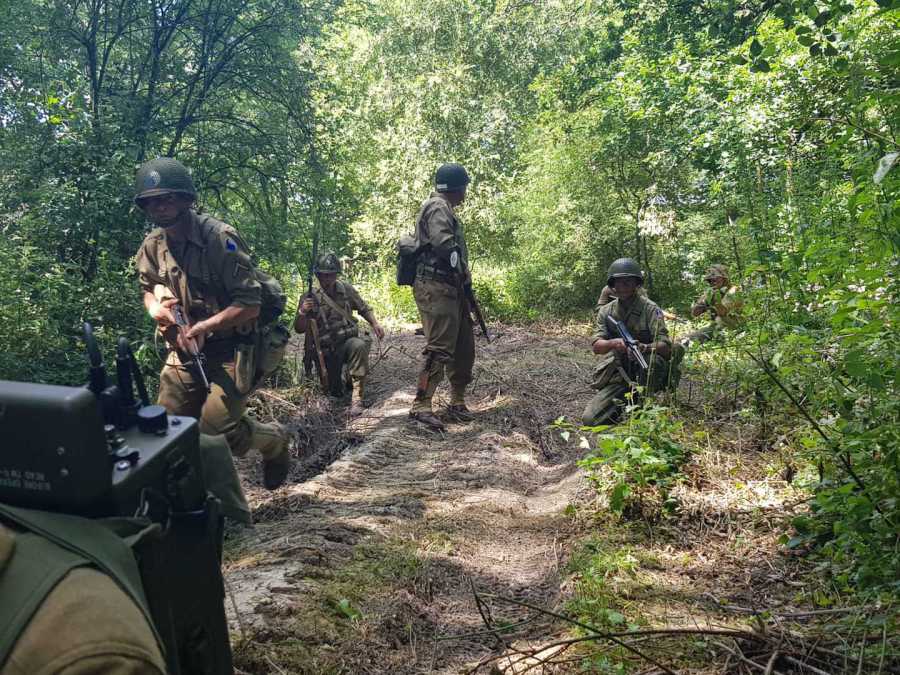 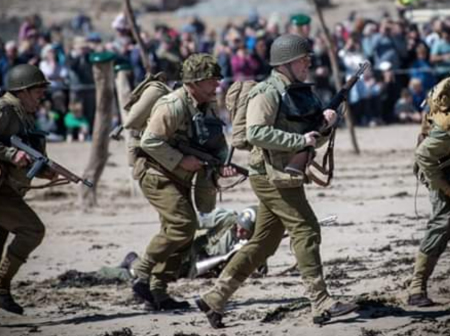 Move off the beach!

1st Squad moving up the beach under fire, a wounded Engineer can be seen on the ground behind them. 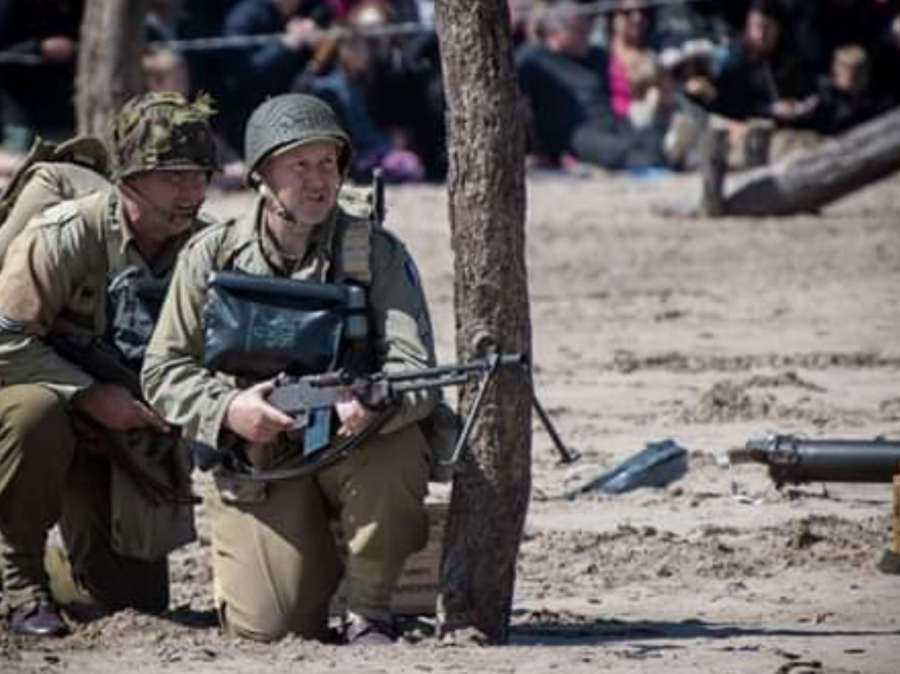 Squad leader Sgt Dilworth uses a BAR to give covering fire to his squad as they move towards the sea wall. 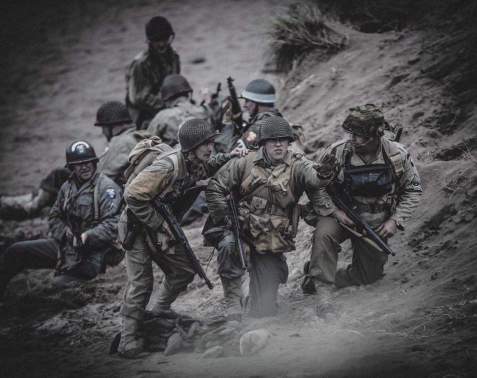 Here are a collection of photographs showing 1st Squad in action.

- Left: 1st squads objective at Saunton sands 2019 was to eliminate German positions on the beach and move inland. The Special Engineers used a bangalore torpedo to blow a gap in the wire allowing 1st squad to assend the bluffs and take out an MG42 position on the right flank. From there 1st squad moved along the bluff to scilence another MG42 which was keeping 2nd squad pinned down on the beach.

This image shows the C company 1stSgt, a private from 1st Squad and a captain from the 2nd Rangers who is giving orders to move up the bluff. The special engineers can be seen at the base of the bluff tending their wounded. 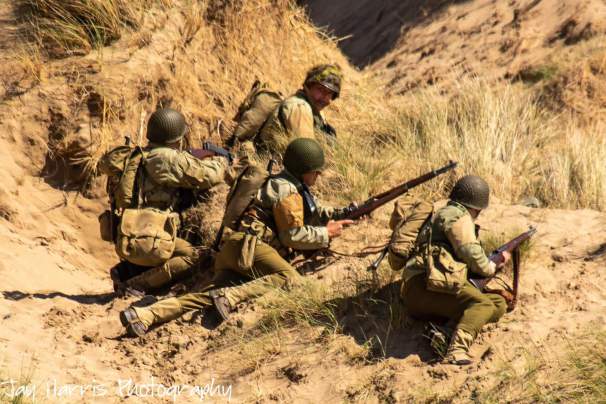 Right: 1st Squad assault team being lead up the bluff by the C Company 1stSgt get ready to fire on an MG42 position below.

The fire team are positioned on the bluff with Sgt Dilworth and the BAR. 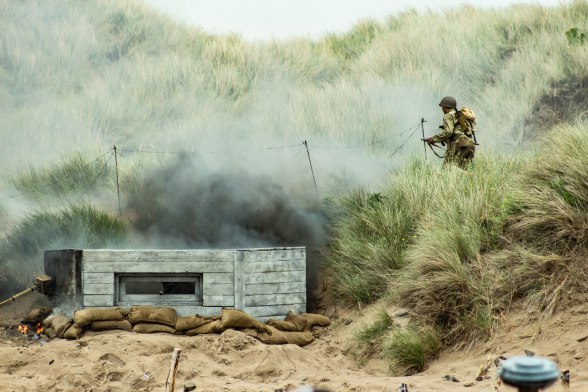 Aftermath - A member of 1st Squad carefully approaches the destroyed bunker looking for any signs of resistance.

1st Squad performed extremely well during this event which was hard work for everyone who was involved. The event was incredible and stands as one of our best yet to have been part of.

If you think you have what it takes to be a member of C Company's 1st Squad then head on over to our joining page and send us an email or drop us a message on facebook.