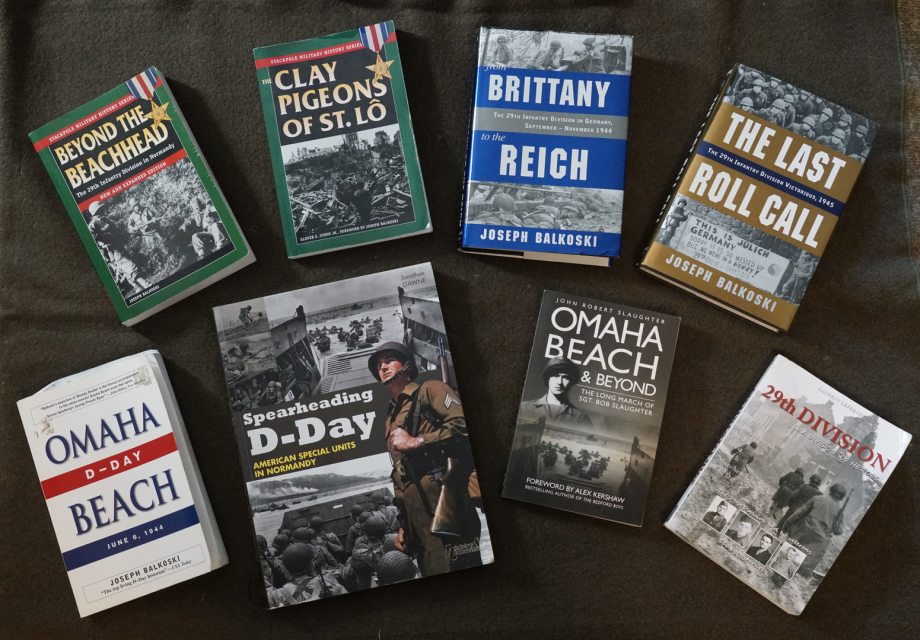 Some of our favourite books that we recomend if you are interested in learning more about the 29th Division in WW2. The books by Joseph Balkoski are especially informative especially the one dedicated to Omaha Beach (white book on the far left).

The other books in Joseph Balkoski's series are brilliant and cover the 29th from its begginings as a National Guard Regiment, D-Day, Brittany and finally to Germany in 1945.

Spearheading D-Day is a brilliant book all about the Assault Training Center which is where the 116th trained for the invasion, it covers everything from the equipment, vehicles and men that trained there. The 116th are mentioned frequently in the book and it is jam packed with specific information on them.

The 29th Division eye whitness book (white book on the far Right) is especially nice because it only contains actual veteran testimonies from almost every Company and regiment in the 29th Division.

Omaha Beach and Beyond is a personal account written by Bob Slaughter who was a Sgt in D Company 116th and a 29th Ranger. He details many expiriences from training in America all the way to the end of the war.

Clay Pigeons of St.Lo is a personal account written by Glover S. Johns, Jr and Joseph Balkoski and follows Major Glover S. Johns, Jr who fought with the 175th Infantry Regiment. The book details especially Company and Battalion command posts as battle tactics used by the 175th in Normandy. 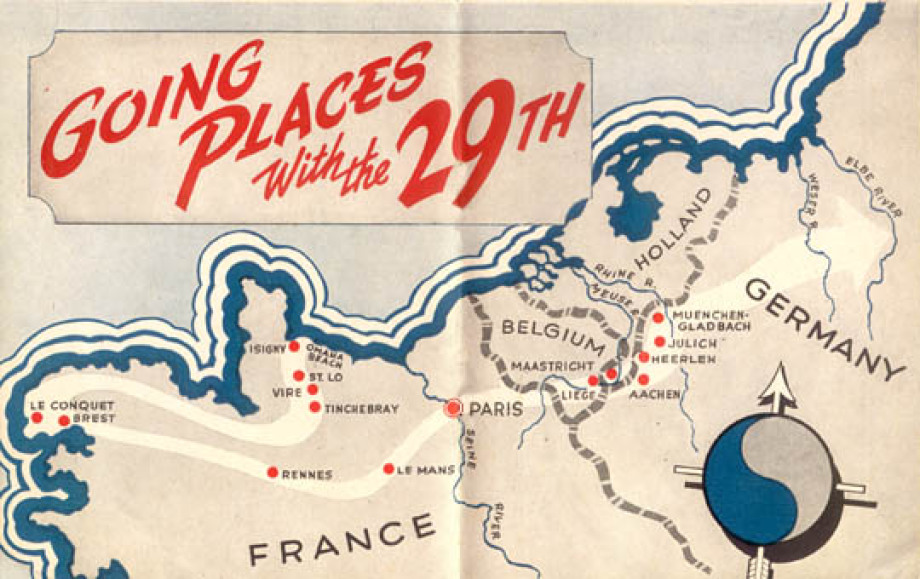 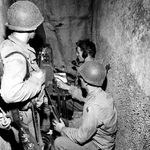